Conversations around voice ads aren’t new. They have been doing the rounds for over a year now. Brands have been hesitant to test this offering out on mobile. Smart voice assistants have also been around for a while now and have seen a very good adoption rate especially in the developed markets such as the US and UK. Juniper Research 2019 report states that we would have 8 billion digital voice assistants in use by 2023, up from the 2.5 billion assistants at the end of 2018. Fun fact – Amazon Echo has reached over 100 million devices worldwide.

Enough has been said about these standalone voice assistants. Although a majority of the tasks they manage are limited to setting alarms and timers, playing music and news, controlling our smart home or delivering information we request. They still lack in trying to push us to take any action or know more about branded content. In May 2019, Spotify announced that it would be beta testing voice ads within the app for free subscribers, which will encourage the listener to say a verbal command to act on the ad’s content. Initially, the audio ads will direct listeners to a branded Spotify playlist or a podcast. Some of the first voice ads being tested come from Unilever’s Axe and Spotify Studios. The UL ad will direct the user to a branded UL playlist within Spotify. For now, Spotify is only focused on content promotion within its service — not anything outside of its app.

Back in May 2018, Google announced its latest technology to conduct natural conversations and carry out tasks easily over the phone i.e. to process natural speech seamlessly. Like talking to another person, unlike an automated phone system that forces the caller to adjust to the system. Pandora’s new interactive voice ads will allow listeners to respond by speaking aloud — either to get more information about the product being advertised or to skip the ad if it’s not of interest. This technology is now available for advertisers across in-app rich media placements and publishers are seeing a lot of value in investing in their platform upgrade to accommodate such new technology for better user experience, moving away from mundane pre-rolls and animated banners.

"Because customers are mentally engaged by the ads and must consider their verbal responses, voice ads stand to produce superior brand recall and be more effective in advancing customers from brand awareness to making a purchase."

The fat finger syndrome, false clicks, and bot clicks are brought up in articles, blogs and tech and media panel discussions now and then. Even vanilla audio ads are one dimensional without an engagement or interactivity element. They aren’t “clickable” which means we won’t know how many who have been exposed to the audio ad later went out to seek out more information. Interactive voice ads could change that and give a new structure to “click-throughs”. Interactive voice advertising provides the ability to verify ad delivery by measuring actual voice responses. This makes click fraud and accidental clicks a problem of the past. This will also further reduce intrusiveness (in comparison to click ads), both by ensuring a seamless fit within the audio content format in question and by offering brief and intelligent dialogues. The timing is apt as consumers are slowly getting used to voice assistants, such as Google Assistant, Alexa and Siri.

For example, an ad about a new smartphone or car launch could include a verbal call-to-action inviting listeners to learn about its features, nearest showroom or price points. The listener would respond out loud to the ad to get more information or ask to skip the ad. Voice ads have evolved now from being on smart assistants to podcasts and audio apps such as Pandora and Spotify to independent publishers and app owners who have implemented the SDKs needed to enable voice-based rich media ads on their portals.

Because customers are mentally engaged by the ads and must consider their verbal responses, voice ads stand to produce superior brand recall and be more effective in advancing customers from brand awareness to making a purchase. At the same time, the depth of data metrics collected from these interactions goes far beyond the simple click. This enables brands to react and optimize campaigns in real-time by setting the same powerful AI—that delivers the ads—to interpret the nuances of customer responses. They can further leverage this data to learn which specific phrases, responses and other granular aspects of voice interactions correlate best with customer conversions.

As these experiences are fine-tuned, they will not only improve effectiveness but will also increase the satisfaction they provide customers thus helping brands get a better audience satisfaction percentage. More and more app builders are already adding this new voice technology into their apps. Soon we will have brands realizing the potential this product has and we may call 2019-2024 the advent of dialogue advertising! 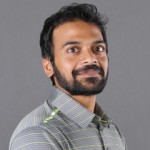 Find Your Voice – How to develop a killer voice application

Retail Revolution – How people interact with Voice in their daily lives

Audience selection and clarity in targeting

OMD and BBDO Singapore pair up to celebrate frontliners