It’s a new year – a new decade, no less! All the more reason, I tell myself, to not just make new year resolutions, but to actually stick to them. In an effort to meet this goal, I’ve been spending a not inconsiderable amount of time exploring (aka listening to podcasts on) how to build & stick to new, good habits. It’s pretty simple, as it turns out: the trick seems to be to make good habits as friction-free as possible. Want to go to the gym in the morning? Wear your gym kit to bed. Excessive? Possibly. Effective? Apparently so.

The friction-free route to closing the loop / completing the action, of course has its parallels in the vibrant world of eCommerce. According to Civic Science’s trend adoption tracker, the percentage of internet users who had bought a product directly through social media channels grew each quarter between Q4 2018 and Q3 2019, rising from 13% to 21%, as Social Networks experiment with formats and technologies in a bid to take a share in this potentially lucrative market.

In March, Instagram launched a new e-commerce checkout feature to tackle the on-going challenge of delivering an end-to-end in-app e-commerce experience for users. Instagram Checkout allows users to complete product purchases without ever having to leave the app, and in the process save payment information for future purchases.

But it’s Tik Tok’s foray into reducing the friction to purchase that, for me, is the more exciting signal, with its ability to reach the younger Gen Z audience. In November, it was revealed that TikTok has started to allow some users to add links to e-commerce sites (or any other destination) to their profile biography as well as offer creators the ability to easily send their viewers to shopping websites.

This clearly links Social Commerce to the powerful medium of Influencers (according to an August 2019 GlobalWebIndex survey, 17% of internet users in the US and the UK said they were inspired to make a purchase in the past month because of an influencer or celebrity social media post). This is a move we are seeing in the other networks . Whilst initially social commerce features were only offered to brands, now social networks are experimenting by bringing the same tools to influencers. Earlier this year, Instagram gave some influencers the ability to create shoppable posts using Checkout on Instagram, whilst Snapchat gave select top-tier influencers a “shop” button, where the likes of Kylie Jenner and Kim Kardashian West can sell products from their respective brands.

Giving influencers a friction-free pathway from their content to product descriptions and checkout could help give social networks a more prominent role in ecommerce beyond upper-funnel discovery.

Furthermore, as consumers increasingly turn to private messaging apps (in 2019, eMarketer expects 2.52 billion people worldwide, or 87.1% of smartphone users, will use a mobile messaging app at least once per month), Social Commerce solutions are appearing here too. The overall trend towards messaging apps and evolving business tools (such as Messenger Lead Ads Templates and Business Catalog on Facebook Messenger and WhatsApp respectively) indicate that this may be a key area of focus in 2020

There are some watch-outs of course – most significantly trust. Overcoming consumer reservations on Social Commerce in mature markets will be no easy feat. The rising fears over fake influencers ( According to Instascreener, in the US, as much as $255 million of the $1.4 billion spent on Instagram was lavished on accounts with fake followers). has dented the credibility of social commerce among some consumers and businesses.  The likes of GWI and emarketer note that the growth of social commerce is highly dependent on regaining consumers’ confidence concerning the use of personal data and eliminating fraudulent influencers from social platforms.

For our team at OMD Create, we’ll be encouraging our clients to consider how to build better habits in their consumers, by embedding a friction-free approach, and closing the loop in campaigns. We’ll be suggesting to those commissioning Influencer campaign to experiment with social commerce models that take their campaigns right from discovery to research and ultimately purchase, using a combination of commerce channels.

For those looking for social campaigns, we’ll be pushing ourselves creatively to stand out with eye-catching video-led creative to capture attention alongside social commerce experimentation.

And I’ll be wearing my gym kit to bed. Maybe. 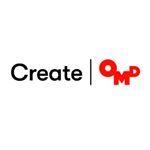 -Michelle Cfas
Michelle is Executive Director of OMD Create at OMD EMEA.
Back to news

Why I’m raving about ‘saving’

Can Vine remake take a «Byte» out of TikTok?