Head of Marketing for OMD UAE, Layal Takieddine, shares her perspectives with Arab Ad in their latest article on gender parity within the communications industry.

The full article has been published on ArabAd here.

The fight for gender equality is as old as the hills and remains as relevant today as it ever was. In September last year, the third annual Diversity Best Practices Inclusion Index revealed that only 29 per cent of corporate or executive positions within advertising, media and technology companies in the US were held by women. Worryingly, that figure represented a drop of one per cent on the previous year, despite women accounting for at least half of the workforce in those industries. 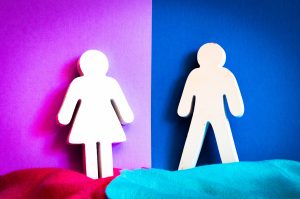 What did Layal have to say?

“There is a persistent bias against women when it comes to certain roles, especially those higher up the corporate ladder. Women are perceived to lack the same assertiveness as men and are viewed as being hamstrung by motherhood. Twin accusations that not only hinder the progress of women, but undermine agencies by accelerating the loss of talent and heightening tensions between employees.”

“When looking at company support for female employees, women constantly have to struggle with balancing family life and their career due to the lack of flexible working hours, short paternity leaves (in the UAE men are given just three days paternity leave) and long working hours,” says Takieddine.

She believes that “measures need to be taken by our industry to lead the economy by example. Not only through internal policies, but also the messages we create for clients, which help in changing mindsets and redefine gender roles in our society.”

“It’s a collective responsibility,” says Takieddine. “Measures need to be taken by our industry to lead the economy by example. Not only through internal policies, but also the messages we create for our clients. These messages can help in changing mindsets and redefine gender roles in our society.”